I’ve added more images to my rotating header (what I especially like about this WordPress theme – aside from just a clean look). I have now 16 images that randomly rotate and appear at the top of my blog each time the page is refreshed.

Each of them have a story of their own:

Antigua and Barbuda – Our last port during our 2016 Eastern Caribbean cruise on the Regal Princess. This was a new port for us. We took the excursion to Sting Ray City and snorkeled over the coral reef and with the giant rays. We were fortunate to catch the sunset from our balcony. We watched the sun disappear behind a mountain peak.

Old Montreal – During March Break 2016, we stopped in Old Montreal for one night on our way back from skiing/boarding in Mont Sutton. I hadn’t been back in over a decade and it’s just as beautiful as I remembered it to be.

Magog, Quebec – These mason jar ceiling lights caught my fancy as we left the Microbrasserie la Memphré for the first night’s dining choice during our Quebec ski/board trip in March, 2015)

Third Street Promenade – Ah Santa Monica. My third of four visits – and hopefully I will return again and again. This was taken December 2014 during my first business trip to the head office. Each night, after dinner, I would walk the pier and Third Street Promenade. There was always live music which fit the mood of the beautiful Christmas lights.

Santa Monica Pier – I always stop and watch the indoor carousel every first visit to the pier. I have bad timing though – seems that whenever I go, the carousel is closed for the day or has been rented out for a private event. I simply just love old-style carousels.

Frozen – I took it the morning of December 22nd, 2013 after a freezing rain storm which had swept across our city for the past couple of days. It finally did end sometime later that day but the ice stayed for several days after, causing major blackouts throughout the province. Some people were left without power for 2 weeks. Red Cross set up camp at local community centers where we went to donate water and food for those who could not stay home (no heat – they would have froze to death). The branches were so heavy from the ice, one of our trees in the backyard split in half and our patio is had been  completely blocked off from part of that tree.

Rue D’ Baga – Snapped from our Port Orleans resort streets while we stayed in Disney World earlier this year. The street name was called, “Rue D’Baga” which was where our room was located during our February 2013 vacation.

Sea shells – This was from our last full day while visiting Ada and Hoa in Vancouver (while they were still living there) in the summer of 2012. The sea shells were dangling from the deck just outside this little place called Go Fish. best fish taco’s ever!

The Roundhouse – Another photo from our Vancouver 2012 trip. We snapped this photo while just Doug, Chaeli and I were exploring randomly on our own through areas of downtown Vancouver – Gastown, water front and where this photo was taken, Yaletown.

Neys Park – Our first time using our little old trailer! We took a road trip to Thunder Bay in 2011, tugging Doug’s late grandfather’s trailer back, while stopping at Neys Provincial Park to camp out for one night. It was a beautiful park but way too cold to enjoy once the sun set. I was glad it was only just for a night before we drove to a nice, warm motel in the Souix.

Rain on windshield – Taken during our little day trip to Niagara Falls on our 8th wedding anniversary. Yes, it was a rainy day but actually, it made for a nice, quiet day since not many people were traveling through the Niagara wine route.

Killbear Park – The next two photos were taken during our summer camping trip of 2010 in Killbear Provincial Park. Hobbes was only 3 1/2 months old and had only been with us for three weeks. And what happens? He encounters a black bear!

Peacocks – This particular image of three proud, male peacocks, was taken when we went to the zoo with Tai, B and their kids, M & E. It was their first trip to the zoo as a family. All the kids look so different now. I am favouring this one at the moment because of the beautiful, intense blue.

Northern California – These next two goes back to 2007 where Doug and I did an anniversary trip to San Francisco, Monterey Bay and Carmel. The trip also doubled as an excuse to visit friends who just had a baby girl. The above photo is part of the 17 Mile Drive, followed by another taken along Highway 1’s coast.

I feel like I’ve been neglecting my space here. And I miss it. I miss it very much.

Time is difficult to find these days – or I should say, making time is difficult these days. I’m up at 5:15am to workout, off to work long and sometimes very intensely busy days (more days than not), back home for the after work/after school daily grind and then, hoping, to be in bed by 10pm. Though most nights, I could easily fall asleep at 9pm.

I’m doing fine. I wouldn’t say I’m filled with constant happiness. But I do check in with myself once in awhile. I’m actually not use to be going on for this long without suicidal thoughts and sometimes wonder if all those dark days of are of the past.

Are they? Or are they just lying dormant? It’s difficult to say. I suppose, I’m being cautiously optimistic. I’m partly being hopeful that the worst is all behind me. But realistic that I’m not cured, by any sense – just that I’m able to, perhaps, manage all this.

A part of me wishes that I could steer onwards with a heart full of hope and charity. Another part of me realizes this is not completely realistic. Not to say that I am without hope or faith – I do continue to strive for a full heart. But sometimes, a certain level of being guarded is part of survival of this world we live in.

It’s knowing who to trust and who needs more time to be trusted (rather than jumping to the conclusion of who not to trust). The latter usually requires much more space and distance – at least at the beginning of whatever relationship I may or may not have with that person.

Anyway, we had a beautiful but busy long Easter weekend, full of egg colouring, food prepping and dinner hosting, seeing Captain America – The Winter Soldier, an egg hunt, a bike ride and walk under the sun, pub wings and some organizing/cleaning in between everything. 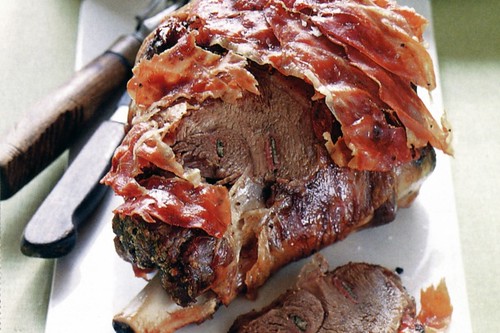 Our traditional Easter dinner menu for my family:

* The dessert was modified (and I’m still working on perfecting the modifications) to make it diabetic friendly. The original recipe asked for 1/4 molasses (pure sugar) and 1 cup Splenda. I normally reduce the sugar by 1/2 or 2/3rds anyway. As I’m not big on the artifical sweet taste, I’m working on reducing the Splenda but will also look into natural agave to substitute the sweetness. The unsweetened applesauce already has enough natural sweetness to it, though. And coconut flour, which has a higher absorbancy over regular flour, is much lower on the carb count and glycemic index. It’s nutritional value is higher as well.The above recipe is gluten-free – just make sure the baking powder and soda have no additives that would be problematic for those who have certain food intolerance.

“she is very good, the instructor. and the practice is not just good, but enlightening. i am so use to doing a more vigorous vinyasa flow which combines many power yoga moves, if not all power yoga for the entire practice.

yet, even during her class, which is slower in pace, somewhat on the more gentle side as we hold each pose for longer than the quicker pace of vinyasa flow, it is still challenging in a different way. by the time we warm up to take on some of the longer held poses, sweat is definitely accumulating around my brow and i can feel my muscles working significantly…” continue reading.

this morning, i woke up at 6:55 am, tuned our bedroom tv to CBC and waited for the gold medal men’s hockey game between sweden and canada. it would be our final hope for another gold to end our 3rd place finish overall in sochi 2014.

we had a somewhat more relaxing weekend. while we had planned initially to go skiing/snowboarding yesterday, the winds weren’t dying down enough to have made it ideal. instead, i went to my yoga class first thing in the morning, came home to take hobbes out for a walk with doug and chaeli, and then later on, went snowshoeing on the trails in the rouge park.

it was very relaxing, especially after not having the weekend to ourselves the previous long weekend.

this morning was a nice way to wrap up the sochi winter games. doug went downstairs to bring back coffee for us and cereal for chaeli. all in our pj’s we watched our team win gold, then wandered downstairs to fix brunch/lunch while the men’s team received their gold medals. we were preparing veggie frittata but stopped all the dicing and shredding as our national anthem played out and the canadian flag was raised. our frittata was enjoyed with some bacon and toast as we watched the closing ceremony.

i admit it, i’ve been giving into small indulgences. some of the mid-winter sales are a bit hard to resist. above are my recent purchases. aside  from the travel mug, everything else was pretty much a steal.

note – i tend to go on for a very long time between shopping for myself unless they are truly things that i need. for example, last weekend, i finally went shopping for underwear at costco. 6 cotton, undies – $2 each! comfortable but no granny-panties. all pastel colours of pink, peach, yellow, baby blue, etc. why pastel? i am a woman that tends to wear a lot of black, grey and other neutral/earthy colours. i try to add splashes of colours into my wardrobe and while i’m succeeding at it, some colours i can only wear unseen underneath my clothes.

i’m sure you wanted to know that.

as i was saying about my underwear purchase, i had to. i really had to buckle down and get some underwear. i had a bunch from my drawer that i try to wear on weekends as they are too big, but it was getting ridiculous. when one walks, they should not feel their underwear moving in all sorts of directions. when one stands up from bending over or sitting, one should not need to always hitch their underwear back up. when one changes out of pants, the underwear should not come off with the said pair of pants. underwear needs to be comfortable, yes, but it also needs to be functional. and my old pairs of underwear, perhaps 2 sizes too large, were not functional anymore.

that was definitely a tangent to what i meant to post, but there you have it. that is my underwear story.

anyway, the above purchases were: